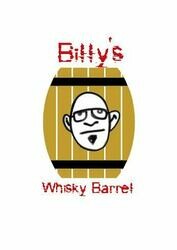 — “A blend of 100% Jamaican aged rums from Long Pond and Clarendon distilleries,” which the company describes as “including high-ester rums aged between 5 and 10 years.” I can only assume that they probably make up a small percentage of the blend, both for balance and because if they were most of the bottle, the MSRP would be higher than $30. Using a relatively small amount of high-ester rum is common, however, in terms of adding more complexity to a profile.

— The rums are “enhanced with delicious natural spices,” which including Madagascar vanilla bean, Caribbean coconuts and “a touch of ginger from Jamaica.” Each ingredient is individually infused, before the full blend is achieved.

— The infused rum blend is then finished in ex-Pedro Ximénez sherry casks, and bottled at 40% ABV (80 proof). This is pretty standard practice for Ferrand, whose Plantation rums primarily see some kind of finishing time in ex-cognac barrels. This practice, plus the expectation of “dosing,” (adding extra sugar to finished spirits) are part of why Maison Ferrand has become a persistent, hot button topic in the rum world in the last decade.

On the nose, the first things I’m registering are coconut flesh and heavy vanilla, capturing multiple aspects of vanilla bean. It’s floral, and it’s also perfumey, with an intensity like walking past the local Yankee Candle at the mall. Hidden behind all that vanilla, I’m also getting some chocolate, nougat and other sweet impressions. What I’m not really finding on the nose are the classic Jamaican rum esters, or a lot of influence that is easily attributed to the sherry casks. The primary impression is just of confectionery elements, sweetness and copious vanilla.

On the palate, to its credit, Canerock becomes significantly more interesting. Here, I’m getting sweet cinnamon, toffee and nougat along with the heavy, floral vanilla and coconut candy. But at the same time, there’s other fruity impressions of pineapple upside down cake and banana, and more flavors attributable to the aged Jamaican rum making up the backbone of this blend. Those estery notes are absolutely present, even though they’re playing second fiddle to spices and intense sweetness. The overall impression is a bit like multiple bottles collided, and partially fused into a new product. As for the sherry character, it’s not really standing out to me—I’m not getting the darker, vinous fruitiness or nuttiness one expects in sherry, but that doesn’t really surprise me when the spice and sweet flavors are so assertive and over the top. In particular, it’s the vanilla that really feels like it’s pushing the envelope—other elements such as the ginger are much more subtle.

Save this product for later
Display prices in: EUR